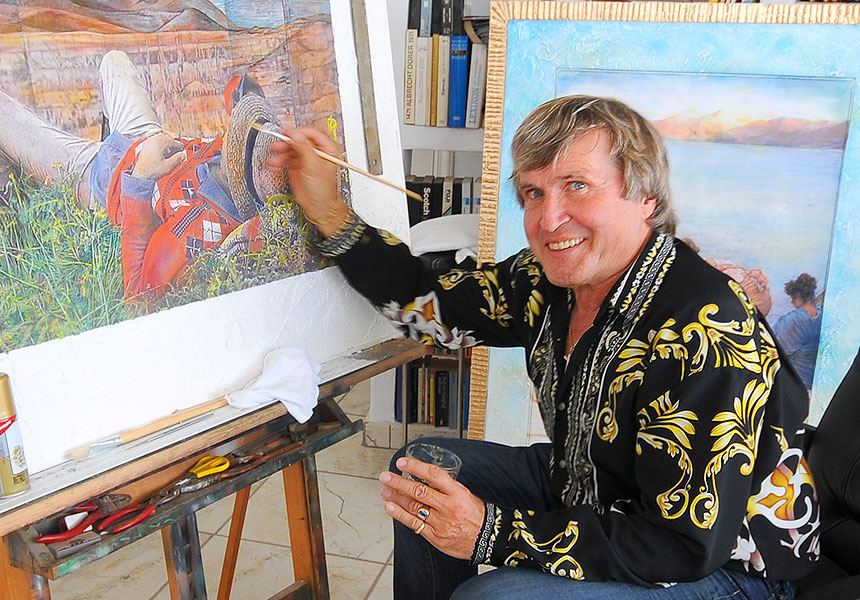 In the early '90s an artist decides to leave his familiar surroundings in the picturesque Franconia situated in northern Bavaria, Germany. He left his secure and successful life as an artist in Arnstein, Würzburg for a new inspiring place called Lanzarote.

He exchanged sweet nature and bourgeois idyll to a radical, unsecure new start on a volcanic island. It was the contradictory fascination the painter Manfred Beck-Arnstein had fallen in love with, when he finally moved his center of life to the island in 1995.

Already at his first trip to Lanzarote in 1972 he was fascinated by the primal forces the island has to offer. He also felt that he had seen enough of the German green in green and needed a drastic change to get a new inspiration for his future artworks. Manfred Beck-Arnstein felt the gradual change and decided to suspend the elements. 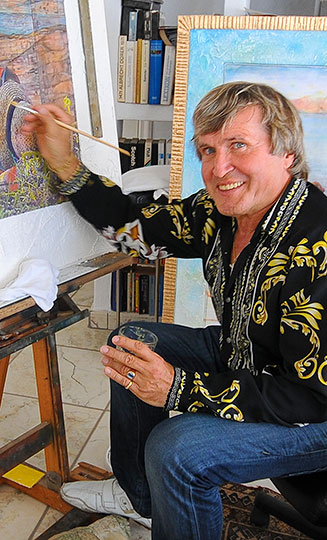